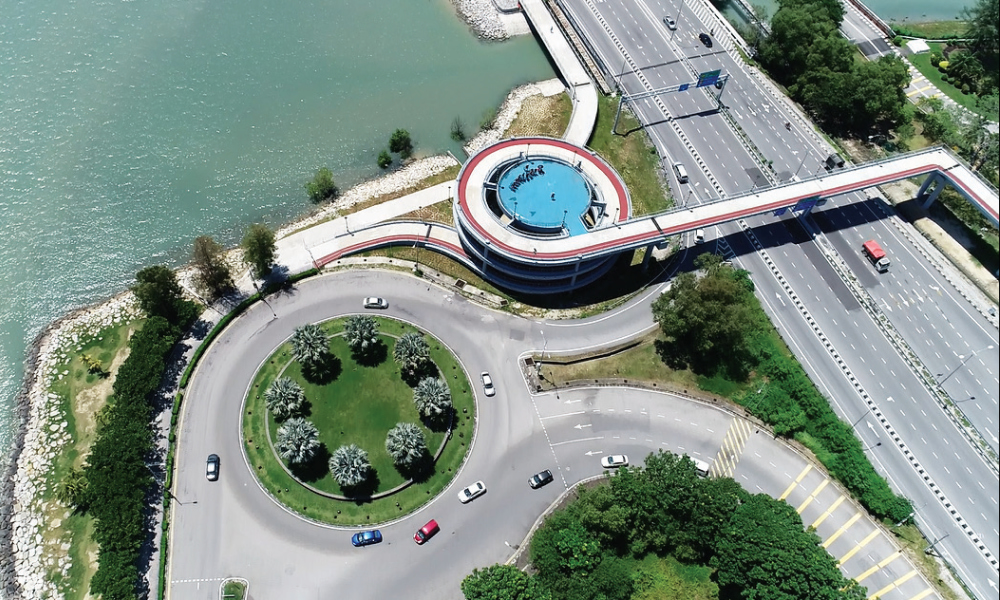 The Penang Green Connectors Project is one of the initiatives under Penang2030, which will see the development of various parks and amenities on a massive 18,000ha of the island.1

A component of the umbrella project is the Penang Bicycle Route Master Plan. Introduced in 2010, the master plan details the construction of a network of 200km bicycle lanes all around the island that will see tentative completion by 2021. These bicycle lanes include the Eastern Coastal Route (16.93km); Northern Coastal Route (4.36km); Round the Island Route (5.62km); Radial Route (45.45km); Ring & Connector Routes (21.9km); Heritage Route (7.8km); and Recreational Route (26.7km). The lanes are designed categorically – dedicated, carriageway and shared, and between the width of 1.5m and 4m. The 4m lanes are to be shared with other motor vehicles.

Ir. Rajendran, the state council’s (MBPP) engineering director, explains that the Coastal Cycling Route, costing a whopping RM39mil, is close to completion. The route stretches from Tanjung Tokong, through Lebuh Light in George Town, to the Sultan Abdul Halim Muadzam Shah Bridge and the Penang International Airport. Already completed is the 4.5km designated lane from Tanjung Tokong to Padang Kota Lama, ready for use by cyclists and pedestrians.

In 2018 the bicycle lane along the Batu Maung-Jelutong Expressway was completed, and in May that same year, chief minister Chow Kon Yeow launched the iconic structure, the Jambatan Harapan – the country’s first spiral bridge for bicycles and pedestrians to cross the Bayan Lepas Expressway and reach Lebuhraya Sungai Nibong and the Bayan Baru roundabout. The RM8.9mil project includes a 3m-wide dedicated bicycle lane and 1.5m-wide pedestrian walkway.2

The MBPP engineering and building department is currently working on improving the amenities along the cycling routes, including strengthening the steel barriers, and adding cycling maps and signage. “The maps will be placed at strategic locations like Queensbay Mall, Straits Quay and Karpal Singh Drive, while the signage and emblem are immediately displayed near the junctions and at the end of the steel barriers as soon as the lanes are completed. With the allocated budget, we also gave some of these signages a comical twist, thanks to a local cartoonist.

“With some funding from private developers, we are also completing the cycling lanes along the Jelutong Expressway, as well as the remaining cycling lane projects,” says Rajendran.

The bicycle lanes are complemented with the public bike sharing system, LinkBike, to encourage the habit of cycling among Penangites and tourists.3 The state government worked closely with Fast Rent Bike, its operator, to set up 25 stations in George Town when the initiative was first launched in 2016. Today, LinkBike boasts a total of 29 bicycle stations around the island, with 250 bicycles.

“Essentially, LinkBike has a three-pronged purpose: to gradually reduce and replace motor vehicles, alleviate traffic congestion, and help combat environmental pollution,” says MBPP building director Ridzuwan Salleh. And it has proven to work; LinkBike ridership sees a steady yearly rise. “In 2017 there were 29,025 riders registered, while in 2018 and 2019, we recorded 34,331 and 36,822 riders respectively. Once a user registers and scans the QR code to unlock the bike, we are able to track their movements.”

Ridzuwan adds that a review is underway to expand the number of stations, and to provide more bicycles to support last-mile connectivity.

Now in its 263rd week, the long-standing initiative Bike on Friday (BoF) seeks to promote the use of shared and dedicated cycling lanes by encouraging more people to cycle to work. “This also helps to build cyclists’ confidence, and to support the last-mile transportation initiative. In prioritising the safety of cyclists, metal barriers along dedicated lanes have been erected to prevent motorists from using them. We have also extended the width of the carriageways so that motorised vehicles can safely overtake the cyclists. Coupled with the ‘Green Road Sharing Concept’ introduced in 2015, a metre-wide green lane along the carriageway to be shared by cyclists with other vehicles, and bearing in mind also that our roads are narrow, we are working on improving the design of the roads, junctions and traffic lights to make them more cycle friendly,” says Rajendran.

But are Penangites taking up this encouragement to cycle to work?

To change people’s habits and mindset is no easy task, both concur. “We are still at the educating phase. We collaborate and work with a number of private companies and NGOs in campaigns and events such as the Penang International Bridge2Bridge Ride, Eco Bike Trail, City to City, The Cycling Mayor, Heritage Night Ride and PDRM Solidarity Ride, to educate our citizens. We’re also trying to lead by example; our MBPP officers cycle when they do their rounds in George Town. Besides that, the council is working with the police in educating the public to apply suitable enforcement on rampant motorists who misuse the bicycle lanes as shortcuts. The public themselves need to have social consciousness; this is a long-term progression we are looking to achieve.

“The next phase is to put in more facilities for cyclists such as public shower rooms, changing rooms, resting areas with plenty of shade and better traffic signage to be rolled out within five to six years. We are also discussing with RapidPenang to allow foldable bicycles on their buses in supporting the last-mile transportation initiative. With all the lanes, including the Balik Pulau Eco Trail, Penangites and tourists alike will soon be able to cycle around the island safely.” says Ridzuwan.