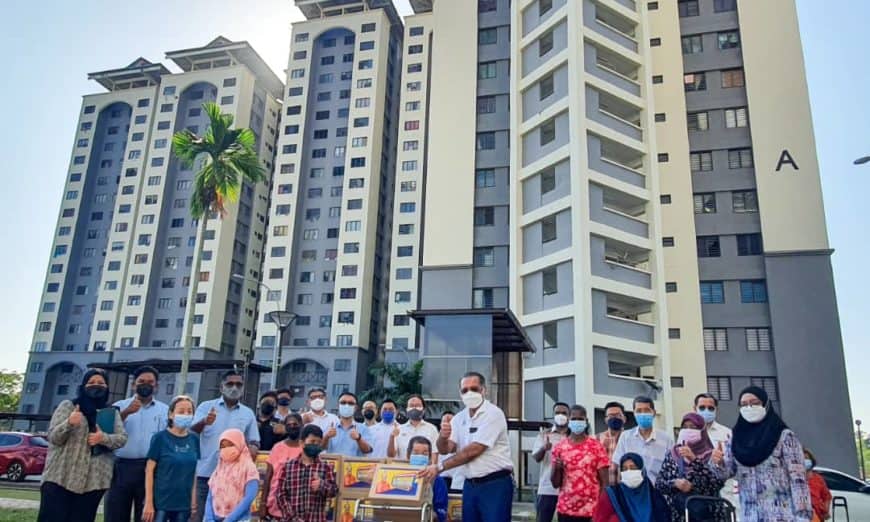 Due to limited land availability in the Penang Island, housing has always been difficult to afford for the lower income group. According to state Housing, Local Government, Town and Country Planning Committee chairman Jagdeep Singh Deo, there are a total of 4,638 units of unsold residential properties worth RM3.67 billion in the state, 3,872 units of which are condominiums and apartments, while only 347 units priced from RM300,000 and below face overhang issues. This illustrates a clear need in Penang for more affordable homes.

The Penang Affordable Housing (PAH) plan is the state government’s housing masterplan which aims to build a target of 220,000 units of affordable homes by 2030. So far, the state has managed to allocate for 130,087 housing units – almost 60% of its goal.

Currently, the PAH plan has identified nine affordable housing projects and five urban regeneration programmes. Jagdeep has previously pushed for the Ministry of Housing and Local Government (KPKT) to enact the Urban Regeneration Act in Malaysia to help drive better-planned redevelopment for the country and create a holistic and conducive ecosystem. “Countries like Australia and Singapore have implemented the urban regeneration programme, and I think Penang should take the lead to similarly implement it here,” he said.

The first project to take off under the PAH plan is the Bukit Gedong (Jalan Mayang Pasir) affordable housing project which will provide a total of 801 residential and 15 commercial strata units respectively. The state will also kick off its first urban regeneration project at the ‘5 Point Blocks’ flats in Lorong Mahsuri 10, Bayan Baru. The five blocks, with 300 units measuring between 23.8m2 and 39.9m2, would be replaced with 1,150 units of low-medium cost and affordable housing measuring 65.0m2 and 79.0m2 each. Flats in Padang Tembak, Taman Free School, Taman Siakap, and Mak Mandin are future projects in the pipeline.