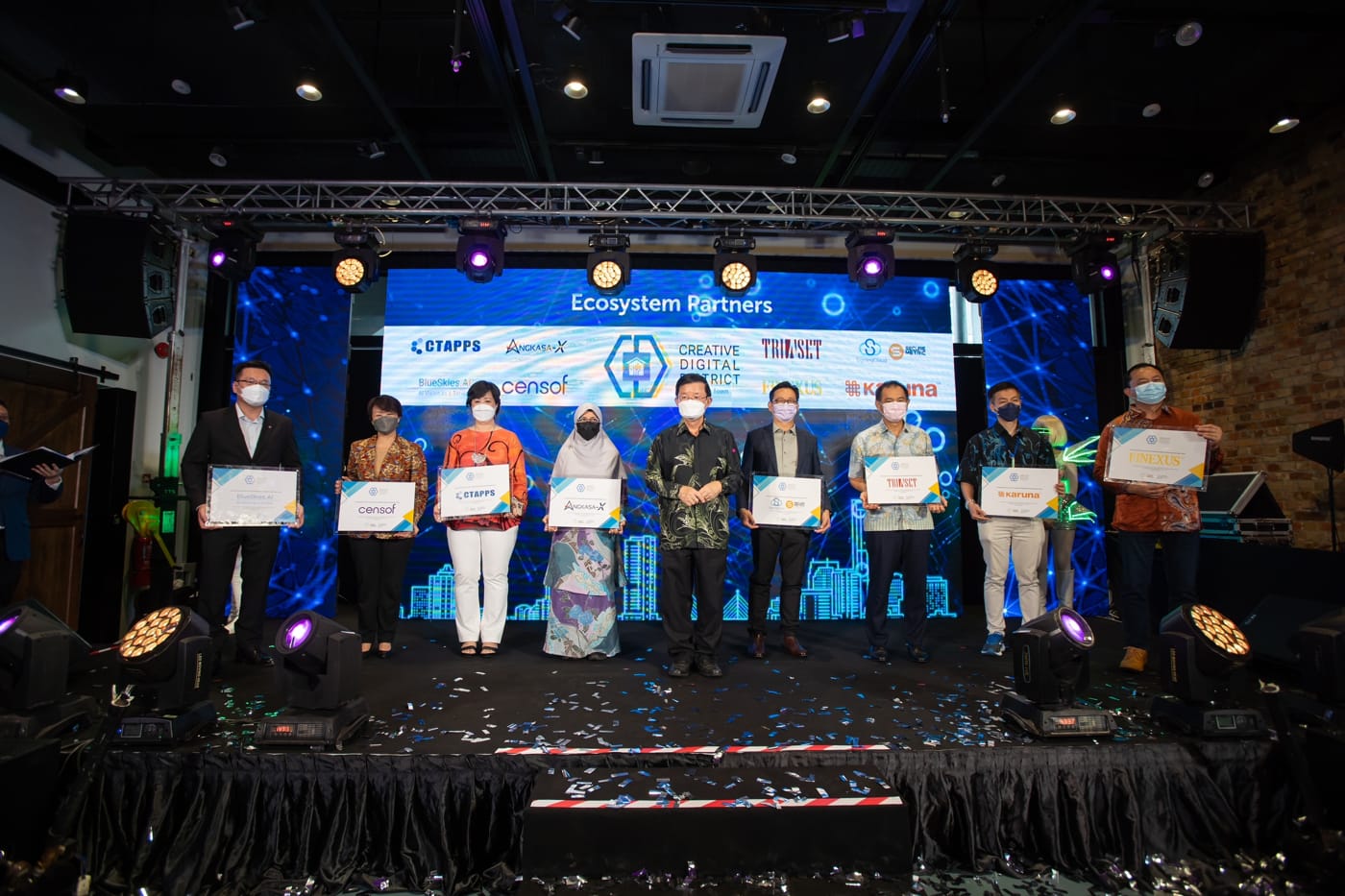 On 25 February, the Chief Minister, Chow Kon Yeow, and facilitating representatives from Digital Penang, Think City and Penang Institute gathered at the historic centre of George Town to witness the launch of the state’s Creative Digital District or CD2. CD2 is one of the culminations of the placemaking initiatives under Chow’s Penang2030 vision for “A Family-focused, Green and Smart State that Inspires the Nation”. With the gazettal of Pulau Gazumbo as a marine sanctuary and Gurney Wharf targeted as a family-focused park, CD2 fulfils the “smart” part of the Penang2030 tagline.

However, with a touch that is aptly Penang, CD2 intends not only to foster a digital ecosystem where tech start-ups, entrepreneurs, digital services, and software companies can innovate but also to be a place where the creative economy can thrive. It is the essence of Penang itself – a state bolstered by its strong industries, kept vibrant by its cultural and heritage core. The district, set in the old financial hub of the state and in the heart of the heritage site in Gat Lebuh China, is designed to bring life and jobs back with the convergence of creative and digital to become a dynamic, liveable, and sustainable environment where people can Live, Learn, Create, and Play.

Currently, eight companies have expressed their interest in and commitment to invest and set up operations in CD2, including AngkasaX, BlueSkies, Censof, CTAPPS, Finexus, Karuna Sarawak, Securemetrics, and TriAset. The government and state actors have plans to engage with 50 more digital companies to create 2,000 high-income and high-skill jobs to further attract investments and talent. On the creative side, the district will house the creative design hub of Universiti Sains Malaysia as well as arts and cultural organisations such as the George Town Festival.

On the day of the launch, Finexus has also pledged to invest up to RM10 million for the next five years in building their FinTech R&D Centre at CD2 in support of the Chief Minister’s Digital Transformation Masterplan 1.0.

There is still a lot of work that needs to be done to make CD2@GT a reality – the most critical of which is the building of infrastructure, especially high-speed digital connectivity, that would support the needs of the community. In that vein, CD2 will be the first location outside of Klang Valley to be installed with 5G network. Once the ecosystem is kick-started, a greater diversity of dining options, mobility solutions within the district, recreational spaces and green areas, as well as modern co-living spaces, among others, are also in the pipeline.